ERA Training & Consultancy was set up by Dr Guy Lightfoot on his retirement in 2013 from his appointment as Consultant Clinical Scientist at the Royal Liverpool University Hospital. 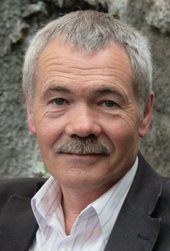 Guy Lightfoot worked in adult diagnostic audiology at the Royal Liverpool University Hospital from 1976 to 2013. Until March 2014 he worked as a member of the NHSP Clinical Group, responsible for developing and updating national guidance for newborn ABR testing, spending most of his NHSP time peer reviewing and mentoring ABR testers.  From April 2014 those activities have been beyond the remit of NHSP - see the Other Services section.

Guy is on the Council of the IERASG and the steering group of the British Society of Audiology electrophysiology special interest group. He is a Chartered Scientist (CSci) and a member of the Science Council. His previous responsibilities include Chief Examiner of the British CAC scheme and the Continuing Professional Development Co-ordinator and Board member for the British Academy of Audiology.

Guy's other interests include advanced driving, helping IAM RoadSmart Associates prepare for their advanced driving test. He recently passed the IAM "Masters" test with distinction and he now mentors those preparing for the Masters, as well as training & assessing IAM Observers.

ERA Training & Consultancy's principal focus is to facilitate the continuation of the successful ERA training course and it's sibling, the Newborn ABR course.

Course details are available on the Training Courses page.

These services include training, accreditation and moderation in peer reviewing ABR tests conduced by other staff and the provision of indipendent expert peer review & advice serve, based on clinical support vouchers.

Guy has had a long interest in cortical ERA testing of adults. His previous dedicated web site is now part of this site - see the Cortical ERA section in the main menu.